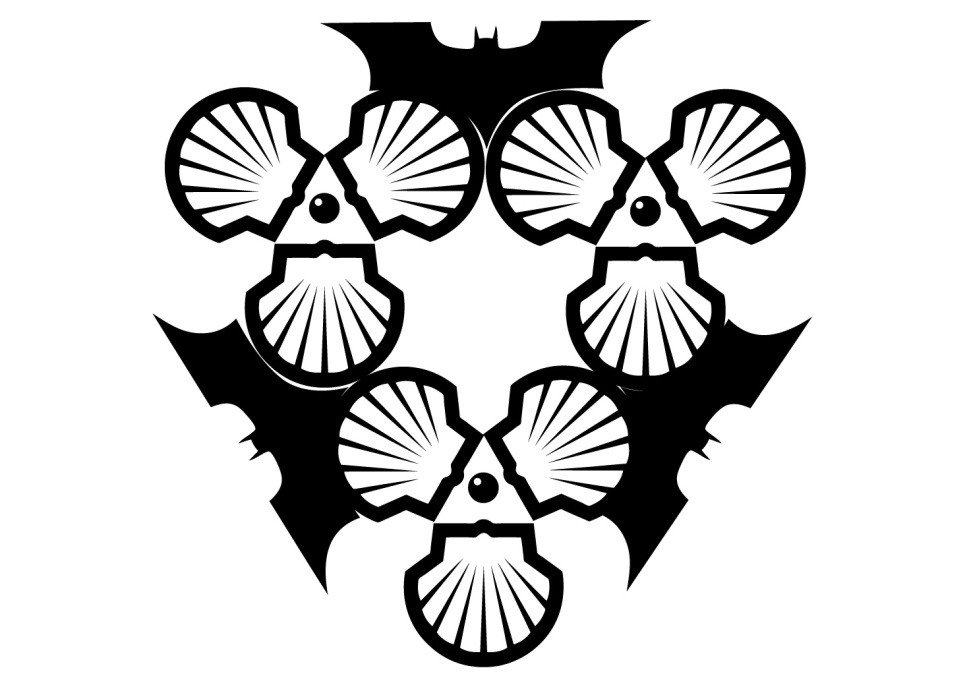 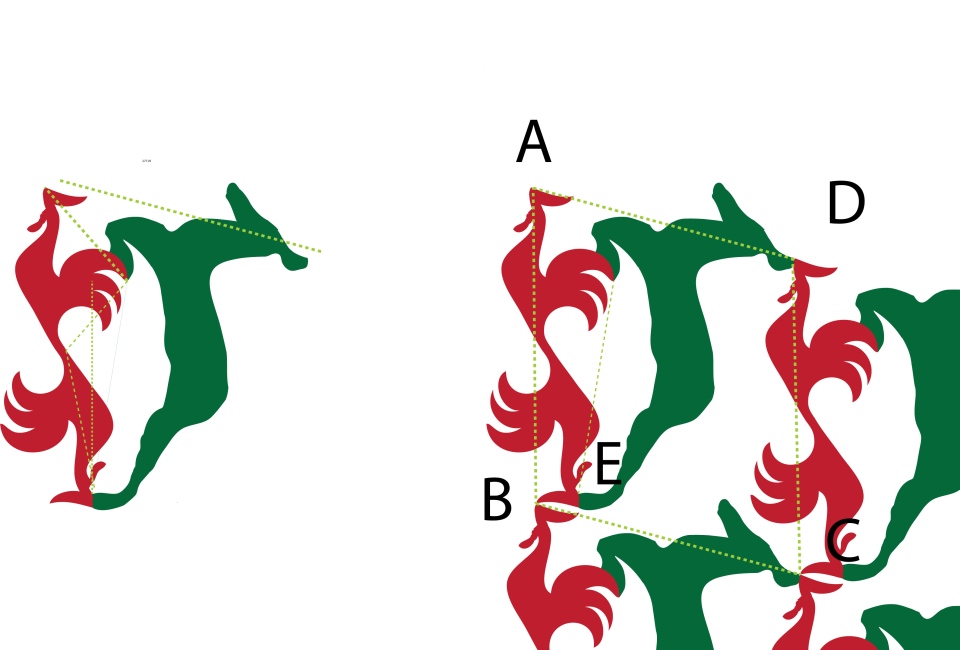 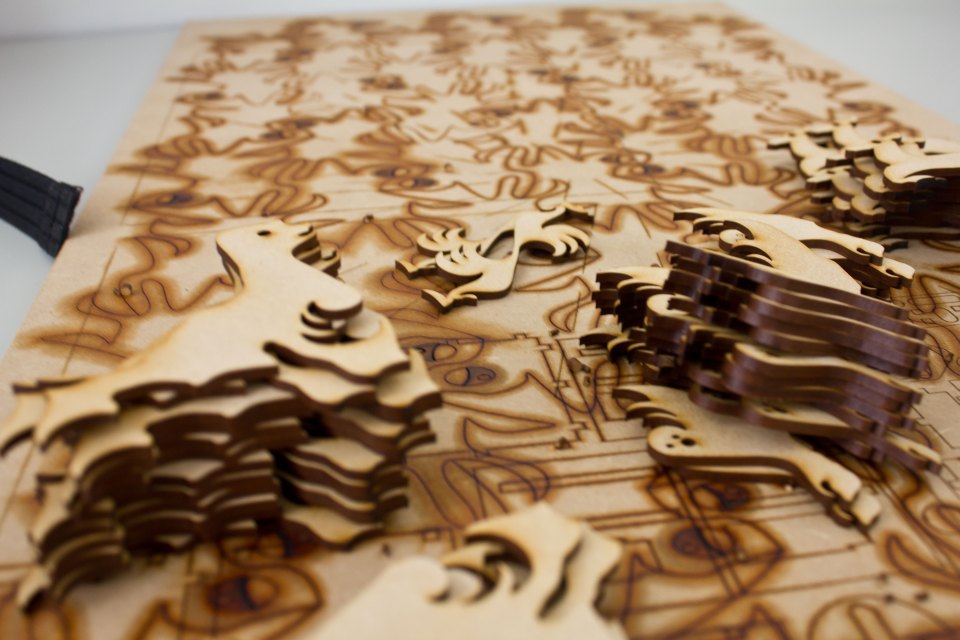 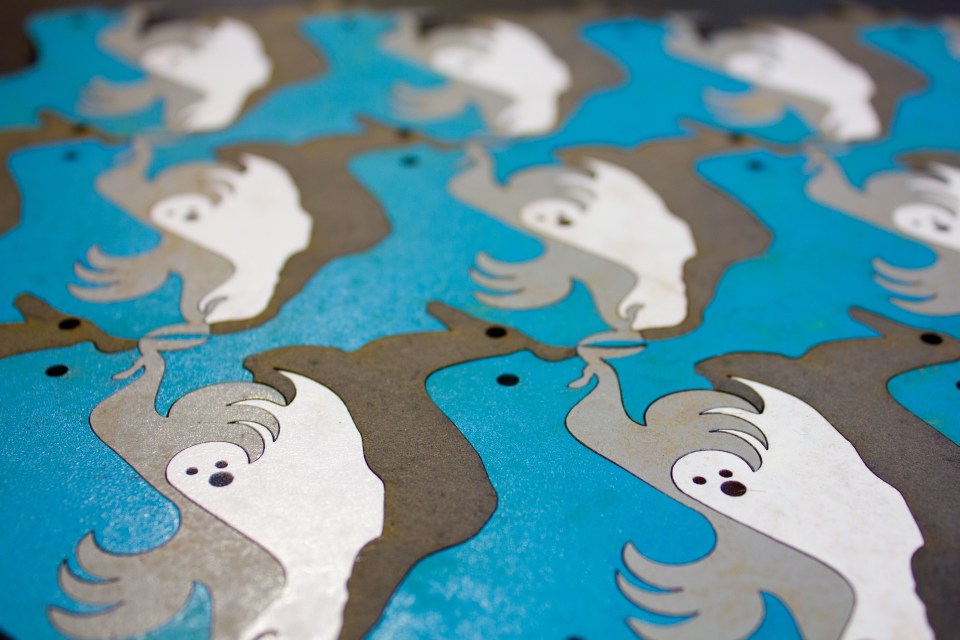 The golden ratio focussed on the generative programming idea; a program that is able to create drawings according to a set of instructions. Parameters in these instructions can be varied in order to create different patterns. This way it becomes easy to quickly create multiple variations of the same drawing, hence the often-used term “parametric design”.

The golden ratio itself didn’t have much to do with the content of the module; it refers to a particular ratio (1.618), with which lots of patterns in nature can be described. This same nature did relate to the subject, because of all the repetitive patterns that can be found in nature, and can be simulated using generative programs.

I chose to create these patterns referring to Escher’s mosaic works as an inspiration, since we were actually creating artworks rather than design. I could say: The framework for generating artwork has been designed, but the outcome of this framework will always be “a work of art”. In my opinion, art should always be a reflection of society in a way. That’s why I first tried to combine big cooperation logos into a pattern, but after this test I returned to more abstract shapes, fitting together.

The deliverable (A) is evidence that you can work with translations and related transformations (although I am not sure whether your knowledge increased, perhaps you did not need or want additional depth for that). At the same time you show some fluency in programming in Processing. Deliverable (B) is evidence, indeed. The resulting tesselation and its material formgiving is attractive and interesting. The report (C) and reflection document (D) clearly shows that you know what you wanted; you had your own agenda what you wanted to do. It is also clear that you picked up and developed new ideas and inspiration (for example the parameterisation for adapting shapes to body measurements).

You took inspiration from various sides, such as Escher (which we explained, but which you knew about already) the work of Piet Parra (own contribution), company logos (own contribution) and the Chinese Symbiosis art by Dr. F. Wang as presented by Jun Hu. You also played with the concept of negative space (an element of perception theory, form and senses).

Complete feedback can be found at DPF

I have always been intrigued by the Art of MC Esscher and I knew this module would provide the opportunity to create a similar artwork, next to providing me with extra knowledge about patterns, symmetry and transformations.

Up front I already decided to create an artwork rather than an abstract mathematical structure. Therefore I focussed on creating interesting fitting shapes from the beginning, with brand logos as representation of contemporary culture as a starting point.

Because of my background with programming and computer graphics I already knew some of the general topics of this module (different transformations), but the lectures about patterns and tessellation were new to me. I found it interesting how researchers have created a set of rules for tessellation that could work with any give shape. This definitely changes how I look at similar art in the future. In the end these rules weren’t useful to me for creating an interesting tessellation, since the biggest challenge was to divide the main shape (a simple tessellation) into four different shapes representing different animals.

I definitely see the value of computerised drawing over creating vectors with tools like Adobe Illustrator. Parametric drawing allows for parametric design, which can be used to create custom products, or even custom clothing, based on body measurements. This wasn’t mentioned during the assignment, but uses the same techniques, drawing lines based on different parameters and sending the digital drawings towards a rapid prototyping machines such as a laser or 3D printer. I would like to expand this way of thinking in patterns and symmetry into the 3rd dimension. Tools like Grasshopper for Rhino or patterning tools in Solidworks could help to create a 3 dimensional piece of art, using the same principles as the two dimensional drawings.